Chalkida to Participate in a Smart Cities Consortium (Horizon 2020)

The petition of the Municipality of Chalkida to participate in the consortium of various European cities which will submit a proposal to the Horizon 2020 program has been finally met with success. The proposal – should it be accepted by the European Commission – will fund the undertaking of technical studies and the implementation of technical works based on Smart Cities Technologies.

Chalkida’s participation in the consortium was finalized during a workshop that took place last week in Berlin. Present at the meeting on behalf of the Municipality of Chalkida was the Secretary General Mr. Tilemachos Moraitis.

The proposal provides for interventions in a wide range of facilities such as municipal buildings, public transport, communication networks, power networks under the overarching scope of energy reduction.

Chalkida takes part in the proposal as a Follower City and in case the proposal is successful Chalkida will have the opportunity to benefit from the know-how transfer and the reproduction of best practices from Lighthouse Cities who have the project management.

As part of the overall strategic planning for the development of the city, the participation in this program means that Chalkida now enters the European map of cities which demonstrate their active interest in transferring and implementing the most modern urban technologies. It also provides an indisputable evidence that Chalkida is recognized as a potential partner by those European cities which are most advanced in the adoption of smart cities technologies.

The next goal under the aforementioned strategic framework is the acquisition of the necessary prerequisites so that Chalkida assumes itself the status of Lighthouse City, a development that will allow Chalkida to claim funding in order to implement modern technologies. The recent signing of the Covenant of Mayors to reduce carbon emissions by the Mayor of Chalkida Mr. Christos Pagonis was the first step in this direction. 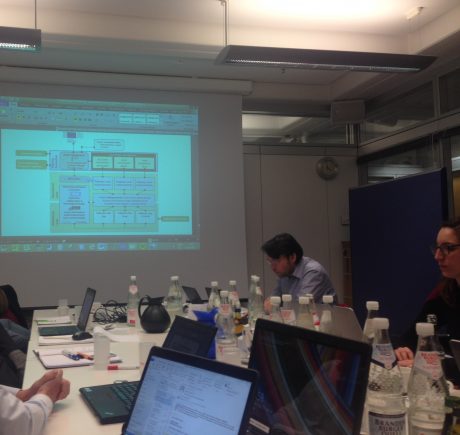